He made you amazing. And not just to your mother. The catch is that you have to believe it, and then you have to go hunting.

You may have been smarter. You may have thought quicker than some or most, but we are all gifted. Don’t think I’m hating on all the “gifted and talented” kids out there. I was one of you. I was sitting right there with all the so-called kids full of “raw talent” and “great potential.” The truth is that even though some kids are called out of the masses by whatever standard set forth that year, it doesn’t devalue everyone else. Value isn’t in a test score. We are all uniquely designed by a Master Craftsman, and when He made you, He made you amazing. And not just to your mother.

Not hunting wearing camo and carrying a rifle but the kind of hunting that searches something out until it’s found. A constant, unrelenting pursuit. Our entire lives are an unfolding of a grand design. Not one of us knows exactly what we’ve been given. It’s our job to seek it out.

Your mother and father may have done a great job at seeing what was in you, or they may not have cared much about you at all. You may not have even had a mother or someone — anyone — to look into you and find the gold. You could be sixty with the greatness still resting deep inside you. Just because you haven’t found it doesn’t mean it’s not there. Just because no one else has seen it doesn’t mean it doesn’t exist. We have to believe in ourselves enough to find the magic buried there. We are all a beautiful mystery.

Practically, what does this look like? For me, it has looked like paying attention to what I enjoy. I’ve always loved the violin, and for Christmas one year, my sister bought me one. It was about two inches long and had a red velvet case. Although it was teeny-tiny, I still adored it and had it sitting out for all to see. I remember the first time I saw a real violin in person. I was about twenty and at a friend’s house. I had admired the instrument in generalities and from a distance for so long that the nearness of one actually startled me. She let me glide the bow along the strings, and it unnerved me so much that I quickly put it down. I felt so inferior to its majesty. This may sound silly, but it’s honestly how I felt. Now, I could have just thought, “Oh, I do love violins. What a great thing to enjoy.” There’s nothing terribly wrong with that, but it lacks an attitude of discovery. Why do I love them? Does that say something about me? Could I play the violin? Well, who knows unless I try? I’m not great yet, and I may never be, but I can play “Twinkle Twinkle Little Star” with great gusto after my first three lessons. I’m excited to unearth this and see what treasures I may hold in violin-playing. I could be a true violinist, we will see.

We don’t know until we try. It’s that way in life with everything. From green beans to painting, we just don’t know until you step out and do something about it. Put the green bean in your mouth. Give it a go; you may like it. Hold a paintbrush and just see what will happen.

I went to college with the sole intent of becoming a high school English teacher. We were in freshman orientation, and the entire freshman class was in one auditorium. They told us they were now going to divide us up by departments to begin the orientation process. They began in alphabetical order with the first group being “art.”

When the man said “art,” I felt like somewhere deep down, my gut burst into flames. Like he had called my name from the stage and everyone was looking at me. I felt exposed and unsure. I was very confused but knew I was supposed to go. I felt like I would look scared and weak if I stayed behind but a fraud if I went. The feeling wouldn’t relent, so I went.

It was a decision made on a whim. I had no idea I was an artist. I had no idea I could paint or that my creativity was anything more than something silly I did to entertain myself as a child. I would have never known if I hadn’t listened. I know that it was God that made me go. He knew what He had given me, and He wanted me to discover it.

One of the easiest ways to find the hidden treasures is to remember when you were little. There’s something about the purity of our childhood selves that gives clarity. It opens the window of the heart and lets us look inside. Did you love to dance and sing? Were you constantly playing with legos and designing things? Were you playing house and pretending to be a mom nonstop? Were you timid, or were you boisterous? Did you climb trees or make hideouts, create adventures in the woods, or stay inside to read books? Over time, we let the pressures of people and life snuff out our passions. I challenge you to look back and remember, to dig deep and wonder. What has He given me? What could be in there that I don’t know about? Then start looking. Start dancing. Start trying.

When it comes to our treasures, I always think about the Parable of the Talents in Matthew 25. I know the parable is talking about money, but to me, it’s talking about our talents, our treasures. Once we discover our talents, we can’t just bury them. We can’t receive them, become aware of them or even strengthen them, and then hide them. What a horrible disservice that would be, and I personally think it grieves the Father’s heart to watch His children squander their precious gifts, whether money or talents.

For this reason, I will never get rid of my art studio. I may not paint often, but I know that I was made to. Because of that, I will always paint. I know it brings my Father great joy, and I know that I become closer to being my true self when I’m painting and creating. It’s the same with you. He made you with something, and once you discover it, don’t bury it away. Learn to use it, to love it, to share it.

I’m excited for you as you begin this discovery. There is so much that He has given us, so much to enjoy and so much to cherish. Start digging and see what’s down there. Who knows, you may be wonderfully surprised. 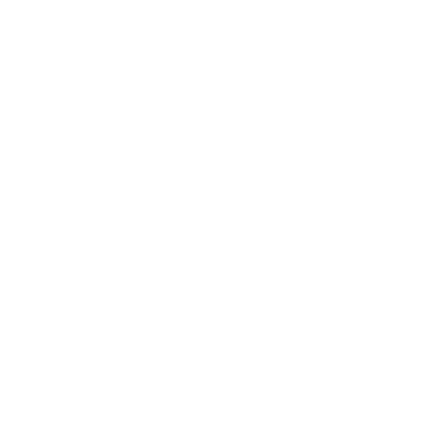 Maranda Dawn King is a Carolina native with a Neverland heart. As an artist, writer, violin student, mom, and wife, her life is pretty exciting, just the way she likes it. She believes in deep friendship, utter honesty, and witty one-liners. She loves a good challenge and never shies away from a quick game of Boggle.